The Deposition of The Sedimentary Strata Of The Mole Valley

The River Mole rises in the Weald and drains into the River Thames at Molesey. On its way it cuts through the big ridge of the North Downs separating Box Hill to the east from Ranmore Common to the west. The North Downs defines the northern flank of the up-fold (anticline) of sedimentary strata of the Weald, and the southern limb of the large down-fold (syncline) of the London Basin. The strata involved in these folds are all of Cretaceous age (Deposited broadly between 140-70 million years ago) The North Downs are composed of a resistant ridge of Chalk, a variety of limestone. The Chalk overlies the thin Upper Greensand, which has little effect on landscape. At the foot of the North Downs an east-west aligned valley, termed the Holmesdale, was eroded in the soft impermeable Gault Clay, across which the River Mole flows towards Dorking from the east, and the Pipp Brook from the west. Beneath the Gault Clay is the Lower Greensand. This forms the line of the Surrey Hills, reaching their zenith at Leith Hill, and separates the Holmesdale from the Weald Clay of the Weald.

Geological map of Box Hill, the Mole Valley and its hinterland. From Dines & Edmunds (1933). Courtesy of the British Geological Survey.

South to North geological cross-section through Box Hill to show how the alternating hard and soft strata have been preserved and eroded respectively to form a series of south-facing escarpments and intervening dip slopes and valleys. From Dines & Edmunds (1933). Courtesy of the British Geological Survey

To understand the formation of the Mole Valley and Box Hill it is essential to describe the rocks that determine the landscape and its resources. The oldest rocks that crop out at the surface of the Mole Valley are the Early Cretaceous Wealden Series. The youngest rocks that the Mole flows across after leaving the North Downs are the London Clay and Bagshot Sands of Eocene age. This sequence of rocks is illustrated in the accompanying figure.

Diagram of the sequence of rocks that crop out in and around the Mole Valley, youngest at the top, oldest at the bottom.

The River Mole rises close to Gatwick Airport and flows north and west across the Wealden Series. These are heavy grey clays, about 300m thick, with thin inter-beds of sandstone and limestone of Early Cretaceous age (Some 120-130 million years old). The clays contain a diverse range of fossils, including plants such as Equisetites, a relative of the modern Horsetail fern. This sometimes occurs above fossil soil horizons and associated with strata showing shrinkage cracks due to exposure to sunlight. The fossils include a range of freshwater bivalves, such as Unio, gastropods, such as the freshwater snail Viviparus (Syn. Paludina), insects, and some spectacularly horrible dinosaurs, such as Iguanodon and Baryonyx. Iguanodon was first found and described in Sussex, and was the first giant reptile to be called a dinosaur in 1841. Baryonyx was discovered in 1983 at Smokejacks Brickworks near Ockley. With its long talons it is colloquially called ‘Jaws’. Baryonyx is believed to have sat in the bog using its long claws to scoop up fish from streams; the dinosaur precursor of Gollum.

Within the Weald clays there are thin beds of limestone packed full of the freshwater snail Viviparus (Syn. Paludina). Within the Weald Clay there are also thin nodular horizons of siderite, iron carbonate (FeCO3). This is commonly found in shallow brackish environments.

The Wealden fauna and flora, together with sun cracks and soil horizons, indicate deposition in a shallow lake, with marginal marshes and sand flats. Regional distribution indicates that land lay to the north in what is now the Thames Valley. The Wealden Lake was open to the sea to the south. The Wealden sediments are arranged in upward coarsening sequences of clay, silt and sand. Each sequence is capped by a horizon with desiccation cracks and the rhizomes of Equisetites. These sequences indicate repeated shallowing of the lake as shoreline sands, with emergent swamps, prograded out across quieter deeper water muds. At its top the Wealden Series contain ammonites, indicative of marine conditions. This topmost unit, the Atherfield Clay, heralds the change from the fresh water conditions of the Wealden Series to the marine environment of the succeeding Lower Greensand.

Fossils from the Wealden Series. Bottom left, the freshwater bivalve Unio. Bottom right the freshwater gastropod Viviparus (Paludina), which occurs abundantly in thin beds of limestone, the so-called Purbeck Marble. Upper: the ammonite Deshayites deshahi from the marine Atherfield clay at the top of the Wealden sequence.

Images from the Box Hill & Mole Valley Book of Geology by R C Selley. 2006. (C) The Friends of Box Hill. 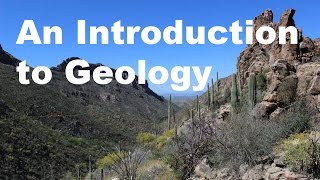